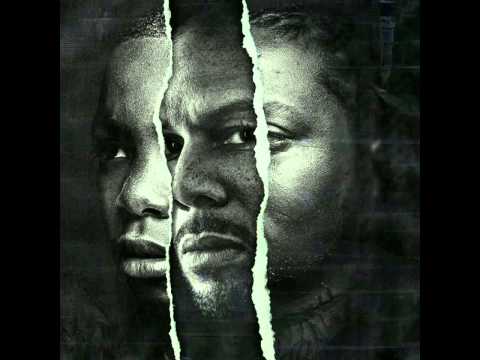 https://itunes.apple.com/us/album/nobodys-smiling-deluxe-version/id891974297
In the Build-up to the release of Common’s first album in three years since 2011’s The Dreamer/The Believer I was impressed with the promotional singles,mainly Kingdom Featuring Def Jam signee Vince Staples and unofficial single The Neighborhood Featuring Lil’ Herb although i wasn’t to pushed on one of the official singles Diamonds Featuring Big Sean.

For an M.C.  in Common’s position as a successful actor,and critically acclaimed artist which direction should he take his music in. Chicago’s gang violence has been no secret in recent years and it seems to be increasing,so does the successful actor and respected musician speak out on this or does he need to? A lot of the most successful rappers in our culture have been staying quiet on social issues like gun violence,police brutality and apart from a cartoonish rant from Kanye every now and then which people will struggle to take seriously who speaks out for this generation?

Common has never been one to stray away from gritty themes and he tackles his city and its problems head on in this. Some of my more traditionalist Boom Bap loving friends had criticized the production recently,but for an album speaking on the plight of young men from Chicago more used to the Drill sounds of Chief Keef and Co. i don’t think a traditional Hip Hop sound was going to make sense,with all of the production handled by long-time Common collaborator No I.D. who also Executive Produced the album, it has its Bouncey upbeat songs like Speak My Piece,Hustle Harder and Diamonds but where the album excels is on the darker vibes of songs like Nobody’s Smiling Featuring poet Malik Yusef where Common opens with the lines “I’m from Chicago,Nobody’s Smiling,N****’s wylin’,On Stoney Island,Where the chief and The President come from” and  “Ain’t no fathers around,Sons of Anarchy” indicating everyone is accountable from the Head of State to the heads of households,everyone needs to do more for real change to take place and the song is ended with some great words from Malik Yusef.

Another highlight for me was the aforementioned Kingdom with a gospel choir hook and a stripped down beat this was one of the highlights of the album for me, Common paints a vivid picture of revenge in the first verse “Second row of the church,With my hood on,My homie used to rap,He was about to get put on,At his funeral,Listening to this church song,His family yellin’ and screamin’,I hurt for ’em,A cold world,That’s why we pack heaters,Listenin’ to this preacher,As he tryin’ to reach us,I’mma need to go back,I gots to get him,Back and forth in these streets that’s the rhythm,Revenge is supposed to be the lords,But i use my own accord,When i seen him on the porch,Cost my man his life,I can’t afford not to hit him,Shots rippin’ through his True Religion denim,These streets is my religion,I stood over him,His life is over then,Now these keys got me locked up with older men,Thought these was the keys for me to hold a Benz,they ended up being the keys for my life to end” rife with religious imagery and cautionary tales this is one of the finest verses i’ve heard in a minute,on the second verse Common breaks it down more with the causes that lead to the situations detailed in the first verse,the cycle of poverty and crime that affects inner cities,not only in America but all across the world. Rising star Vince Staples weighes in on the third verse,the Long Beach native himself is no stranger to gangs and the young M.C. does his growing reputation no harm with lines like “Nina took a puff and then she passed it to my Father,Used to take the bullets out so Icould play with the revolver”.

Another Highlight is the album opener Featuring Lil’ Herb & Cocaine 80’s, The Neighborhood the Boom Bap Dinosaur in me took an instant dislike to the singing at the beginning with it’s hint of Auto-tune but when the song starts with a driving,militant beat all was forgiven,Common drops knowledge about his neighborhood name-checking various Chi-Town street gangs and area and also waxes lyrical about the failure of the Reagan and Bush senior administrations,a stark reminder and a hint of nostalgia sprinkled threw it. Lil’ Herb practically growls his lyrics  at the mic “Used to post up on that strip,I look like a street sign,I been out there three days and I got shot at three times,Felt like every bullet hit me when they flew out each nine,I’ll be happy when I wake up and I have a free mind” being one of the most notable.

The featured artists like Staples,Lil’ Herb and Dreezy shows the young artists really push to impress,Dreezy,the female Chi-Town M.C. rips apart the beat on Hustle Harder and I am looking forward to hearing more from her.

All in all this isn’t the album Common Sense fans of old will have wanted but for someone at this stage of their careers the subject matter is very welcome,even on the more upbeat songs like  No Fear he keeps the content gritty and this helps the varied soundscapes mould into a more consistent listening experience.

Common drops his new video and addresses a lot of the problems facing The Chi. His Def Jam label mate Vince Staples assists with a verse over the excellent production from No I.D.